George Yoshitake is one of the remaining living cameramen to have photographed the nuclear bomb. His documentation of the military detonation of hundreds of atom bombs from 1956 to 1962 reveals the truly chilling effect of the weapon. Below, images and explanatory captions via the New York Times. Don't miss the melting school bus. Creepy. 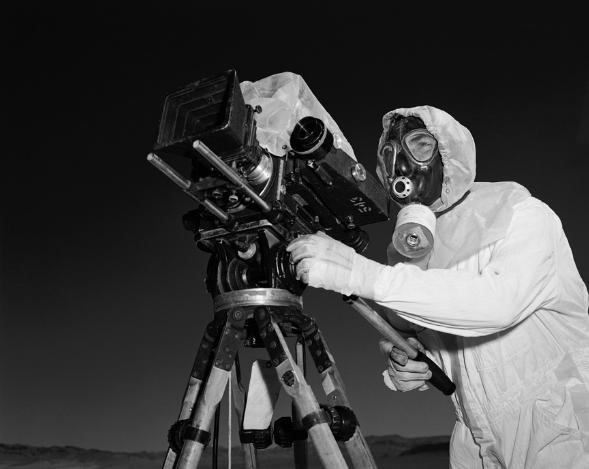 Staff Sgt. John Kelly working at the government's Nevada test site in 1958 to photograph an atomic blast. He and his colleagues from the lookout mountain laboratory in Hollywood produced thousands of atomic movies. 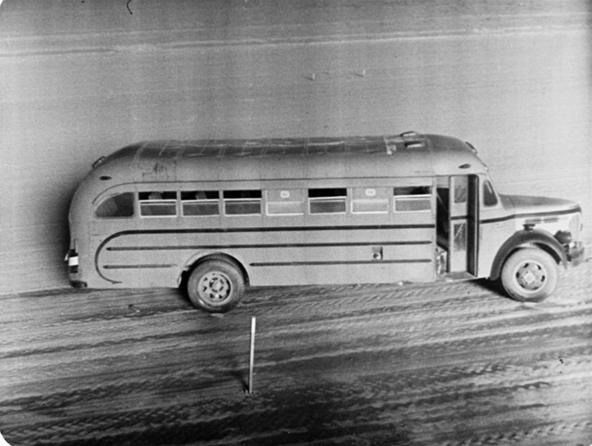 An exploding nuclear device can produce fiery heat of 10 million degrees. Here, the photographer captures the initial heating of the paint on a school bus. 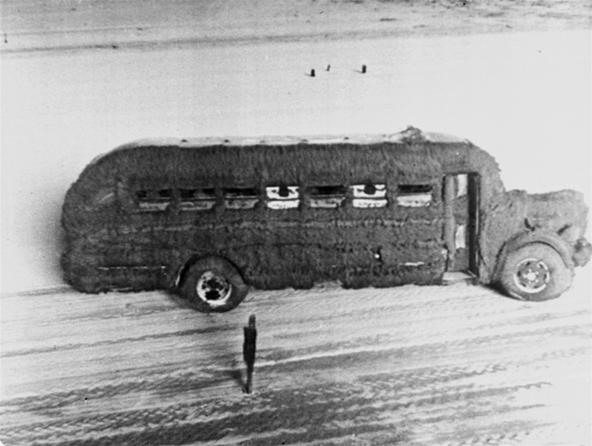 An instant later, smoke from the burning paint begins to rise. 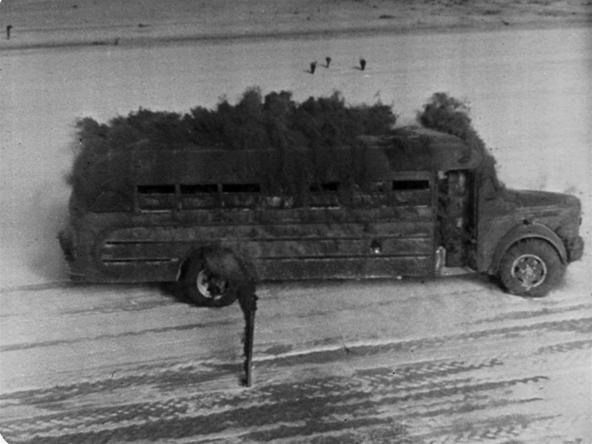 In a split second, the bus ignites. 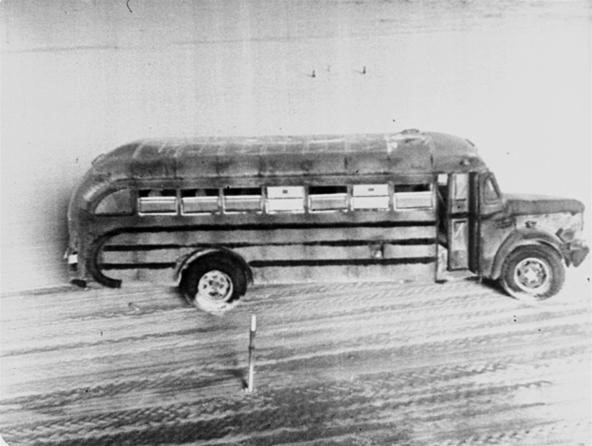 The explosion's blast wave then extinguishes the flames for a moment… 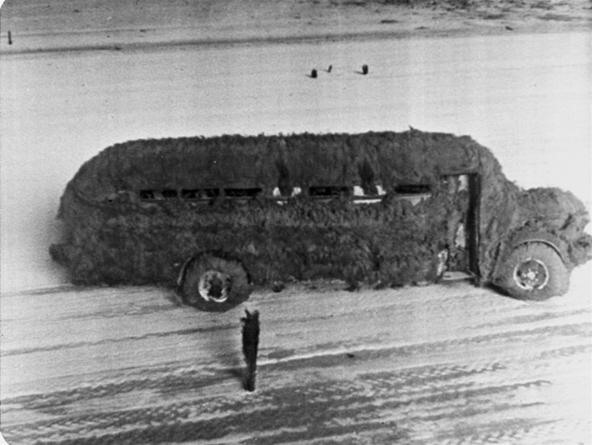 before the bus again begins to burn… 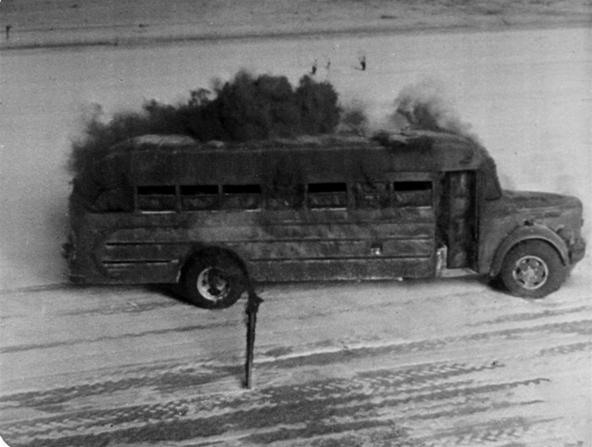 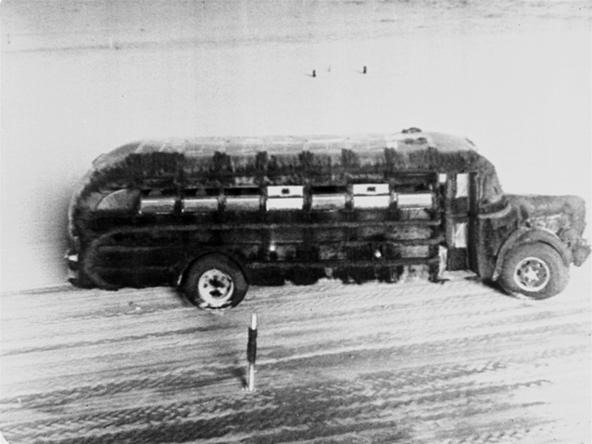 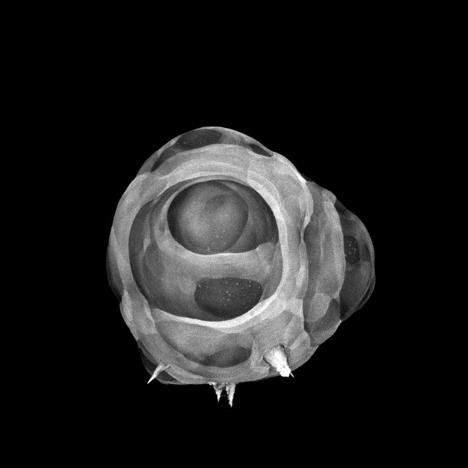 On June 5, 1952, a special camera with a shutter that worked incredibly fast captured this image of an exploding nuclear bomb, doing so an instant after the start of the explosion. The camera was located two miles from ground zero. 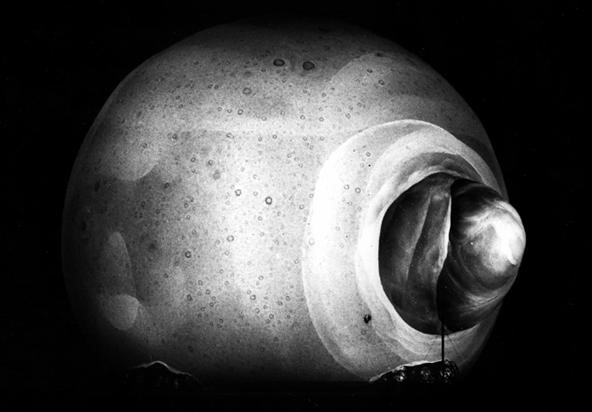 The image of an exploding nuclear bomb in the very instant that the fireball begins to destroy the tower that holds the weapon aloft. 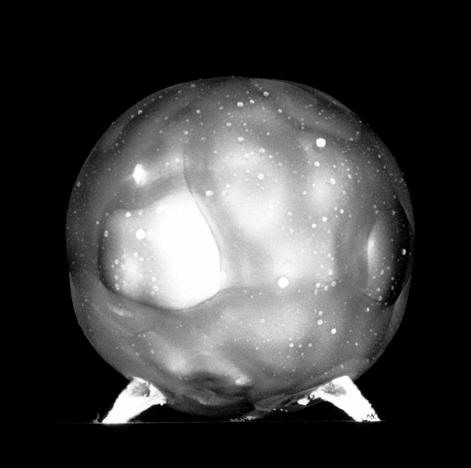 The early stage of another nuclear blast captured by a special camera two miles from ground zero. 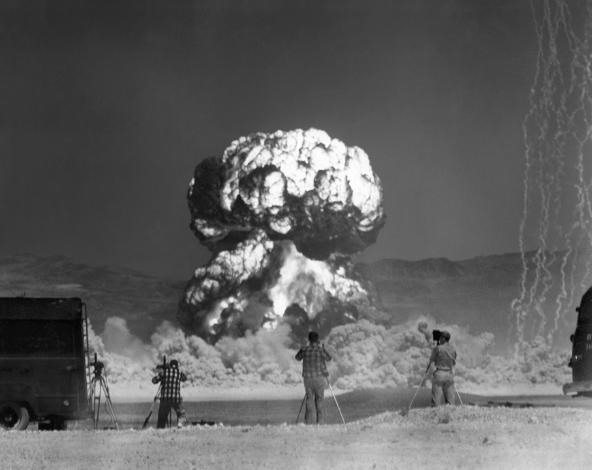 In 1955 at the governments Nevada test site, a rising fireball dwarfs a crew of atomic cameramen. On the right are rocket plumes, which scientists studied as a way to gauge the progress of shock waves through the atmosphere.