Apparently the images have not been altered in any way (computer generated or color treated) and are true reproductions of light refraction patterns captured on film.

"A majority of the works are analogue images of the refraction patterns from a beam of light passing through a transparent object (textured glass). The image is captured directly on to 35mm film, no camera lens is used (a photogram using film instead of photographic paper), the transparent object replaces the lens. Jaras introduces color by placing specially prepared colored filters directly in the light beam." 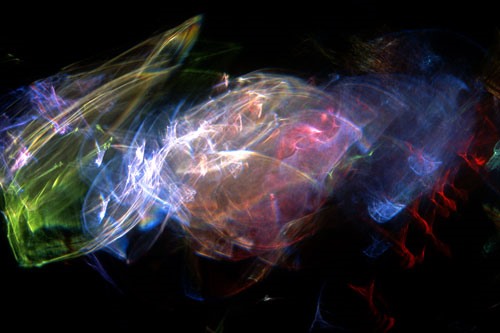 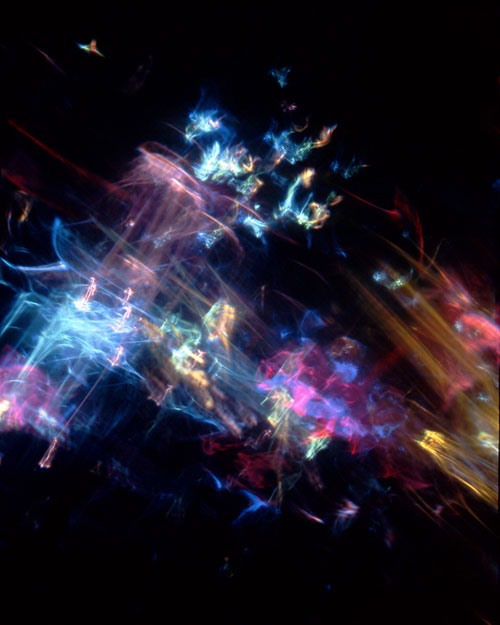 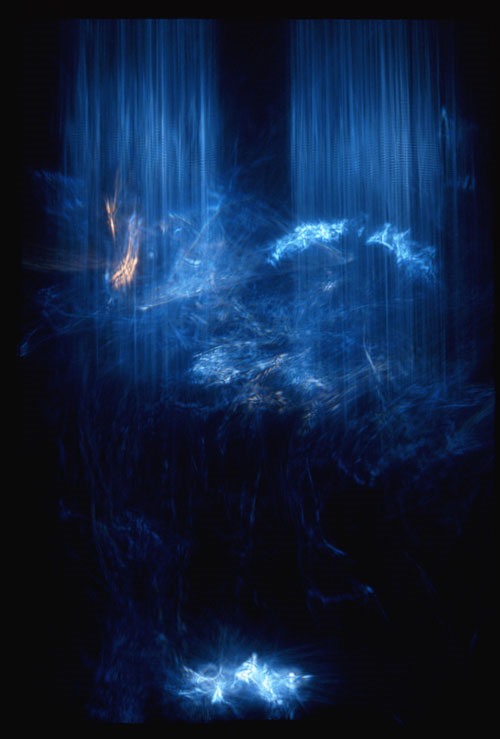 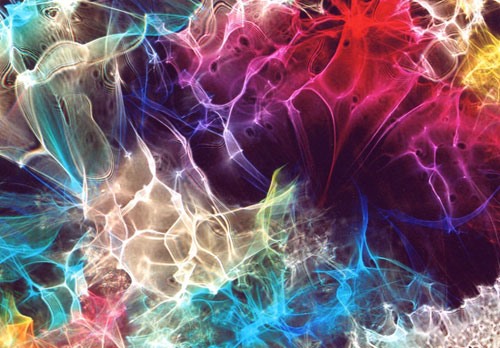 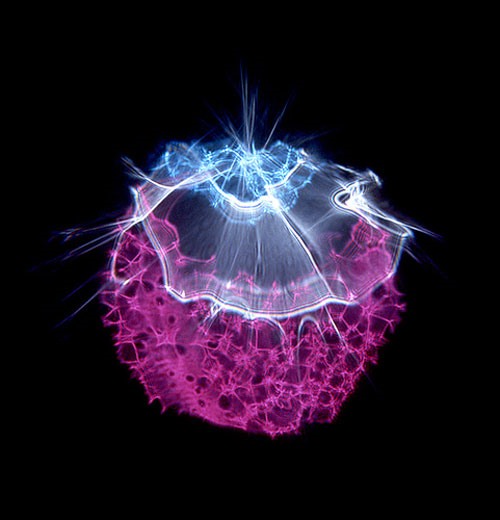 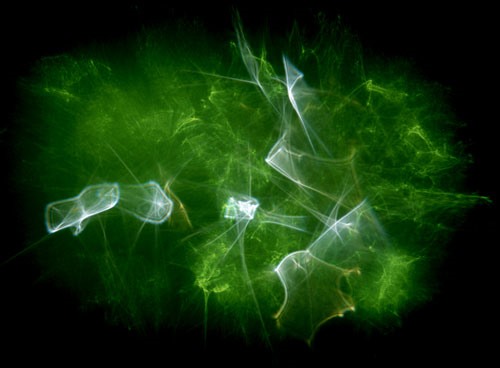 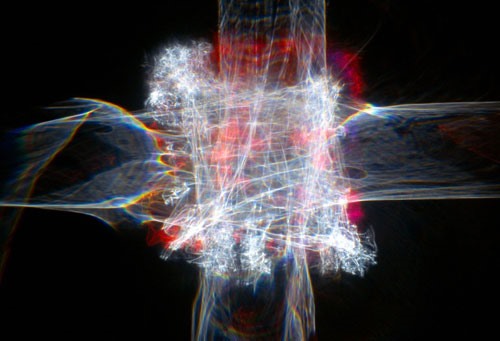 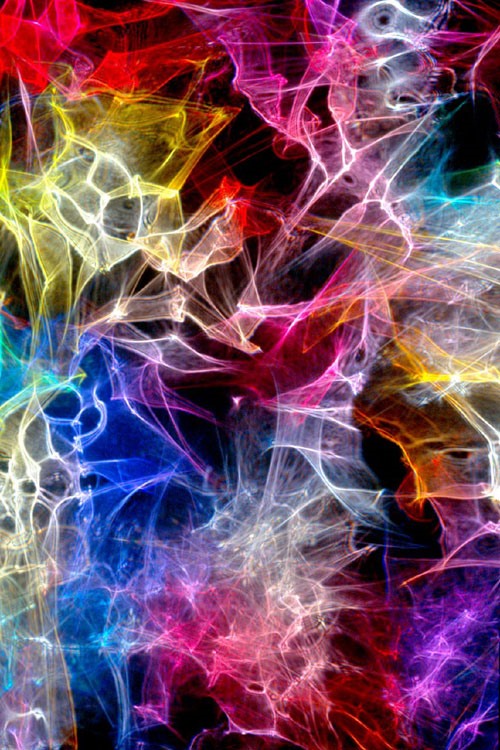 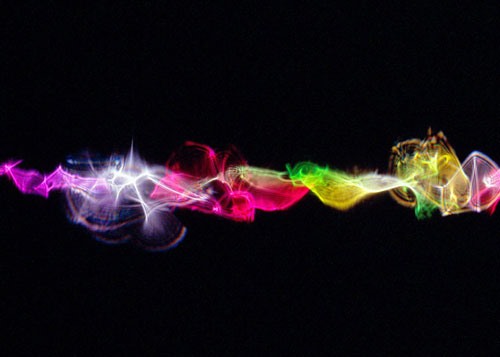 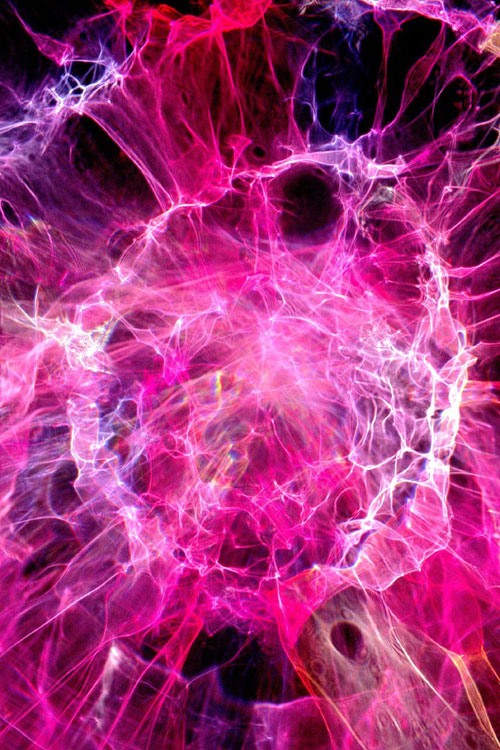 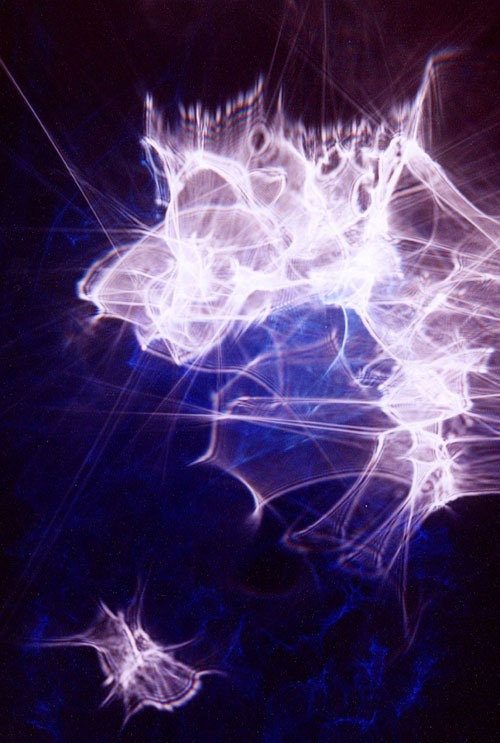 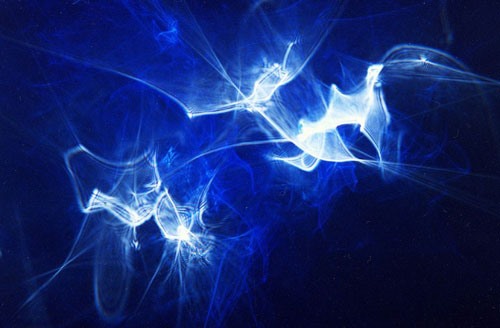