The New York Times features artist-gone-mad-scientist, Hiroshi Sugimoto. His latest exhibit at Pace Gallery is shows his "Lightning Field" photographs, a series of photograms made by electrocuting giant sheets of unexposed film in a darkroom:

"Mr. Sugimoto said that forging a 'Lightning Field' photograph can be a bit risky, involving a 7-by-2.5-foot sheet of film laid on a metal plate, a 400,000-volt Van de Graaff generator and an electrical-discharge device that he calls a wand. (He has several, each one made from a metal kitchen utensil taped to a plexiglass handle.)

To start Gregg Stanger, who manages Mr. Sugimoto's studio, connects the wand to the generator with an insulated wire. Then he and Mr. Sugimoto sequester themselves inside a pitch-black darkroom. (Although they wear rubber-soled shoes, they have both been shocked many times.) Mr. Stanger flips the generator switch, and Mr. Sugimoto waves the wand until the air crackles with static electricity. 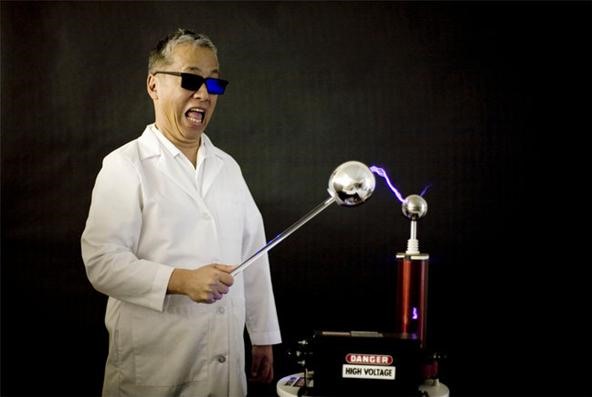 Mustering the right dose of charge is a matter of intuition, but Mr. Sugimoto knows he's near the jackpot when 'all the hair on my arms stands up,' he explained. As things start 'getting into the danger zone,' and he senses that 'it's ready to spark,' he lowers the wand toward the film. Then 'Bam!' he said. 'It's a big bang. It's a miniature lightning field.' But he doesn't know exactly what pattern the electricity has wrought until he has developed the film." 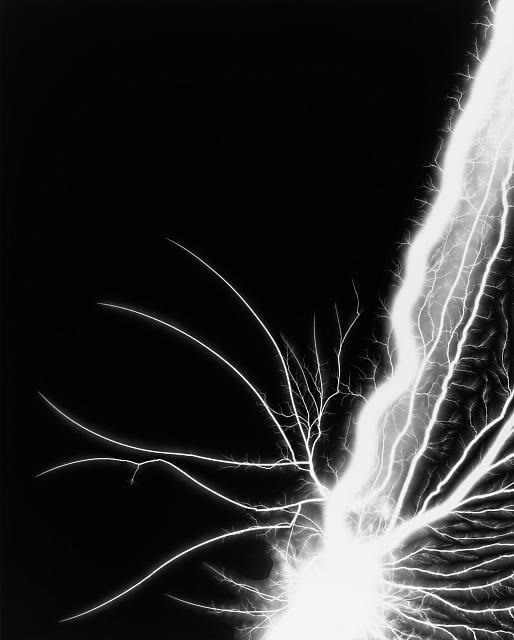 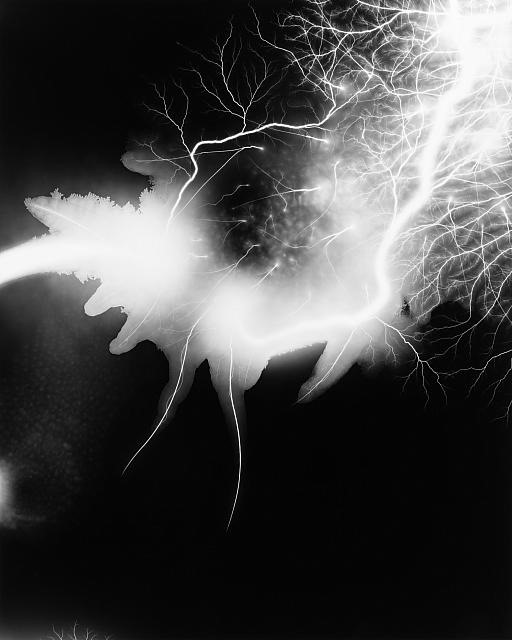 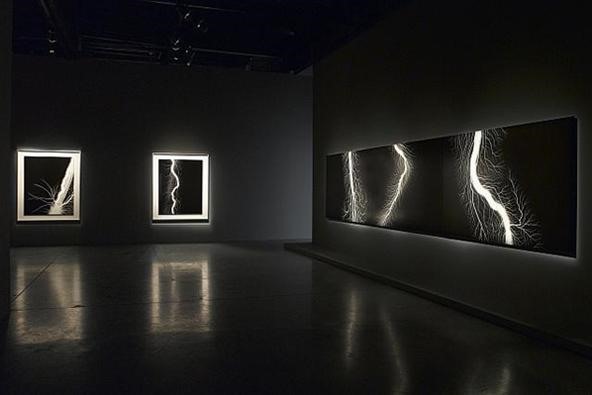 The exhibit also features an assembled Faraday Cage, à la Marcel Duchamp, and Sugimoto's eerily empty seascapes and spooky dioramas, inspired by his experience taking a high dosage of hallucinogens at the Museum of Natural History. 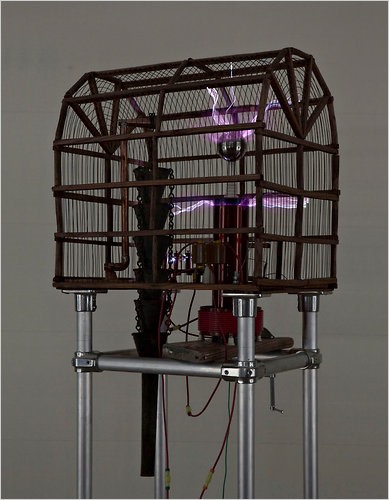 "'I ingest a hallucinogenic substance, and then all of a sudden this small piece of material gets into my body and changes my sight and sounds and vision and memory. Then I lose my sense of time. I can speak to anybody in history.'

One day, without drugs, he had a similar sensation on a visit to the American Museum of Natural History. He was familiar with the dioramas there, full of 'dead stuffed animals, posing for me,' he said, but the fusty scenes suddenly seemed to spring to life.

'If I can photograph them as I see them,' he remembered thinking, 'maybe people will share the same vision.'" 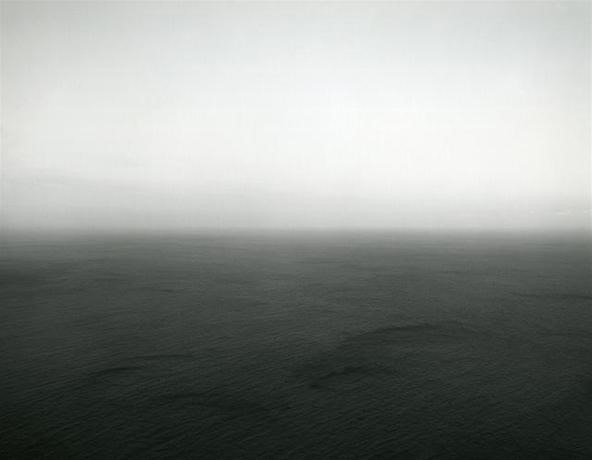 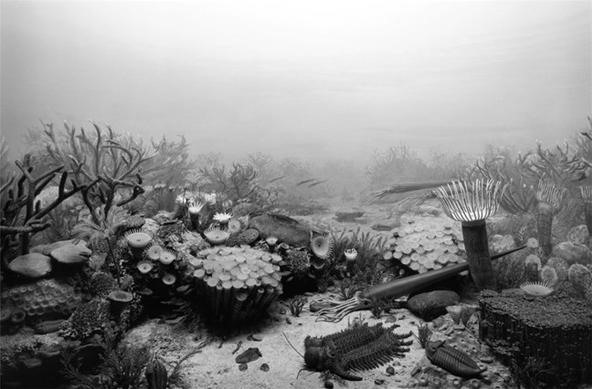